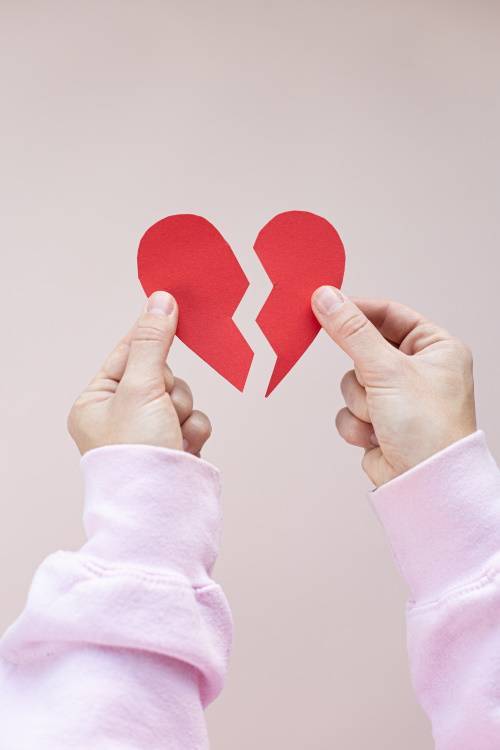 Can You Sue Your Ex for a Broken Heart?

Let’s get one thing out of the way: no, your ex does not have any legal obligation to stay with you. If you’re not happy in your relationship, you can leave without fear of your ex suing you—assuming you don’t intentionally emotionally torment your ex during the break up. When answering the question, can you sue your ex for breaking your heart? It all depends on how your ex broke your heart. People can do the craziest things when they’re going through a rough break up. If you’re particularly callous during the break up, your ex may have a claim against you, even if you don’t physically injure them.

You can file a personal injury claim based solely on emotional distress. If you go to an amusement park and, due to poor maintenance, the roller coaster gets stuck on a loop, and you’re upside down for 30 minutes, you may be able to sue for negligent infliction of emotional distress. Negligent infliction of emotional distress claims are most successful when a personal injury attorney can argue that the defendant was negligent (in the aforementioned case, the roller coaster was not properly maintained), and the plaintiff was in the zone of danger—meaning they reasonably believed they were about to die, or become seriously injured (they were hanging upside down for 30 minutes).

What about Freedom of Speech?

Most people don’t realize that freedom of speech does not mean freedom of consequences. You do have the right to announce to the TSA, “I have a bomb in my suitcase.” However, that doesn’t mean you will not have to suffer the consequences of making bomb threats at an airport, regardless of whether or not you are actually in posession of explosives. After the September 11 attacks, airport security has become much more strict in order to keep everyone safe. And, in order to keep everyone safe, threats such as the aforementioned need to be taken very seriously.  When you threaten the safety of others, you can expect to face criminal charges  accordingly. Furthermore, you cannot slander or libel another person: you should not falsely accuse your ex of cheating on their taxes if you do not wish to be involved in a defamation suit.

In season two of SpongeBob SquarePants, it’s revealed that Patrick has “an embarrassing snapshot of SpongeBob at the Christmas party.” If Patrick decided to post that photo of SpongeBob to FaceBook, Patrick may be in trouble for intentionally inflicting emotional distress upon his friend, SpongeBob. Not every photo that the camera catches is necessarily a flattering one. If you post pictures of your ex that accentuate their flaws, you may be found liable for the emotional distress that they cause. A lot of times, exes will post the embarrassing photos with mean comments about their ex’s appearance. Doing this would help your ex prove that you posted these photos with the intention of emotionally distressing them. If you have pictures of your ex that will make them feel self-conscious about themselves, you may want to refrain from posting them publicly.

Though posting pictures of your ex-boyfriend picking his nose may get you into a nasty civil suit, posting racy photos of your ex can land you in even more legal trouble. Many states have laws that punish people who share inappropriate pictures of their exes with other people, or online – especially if it’s done for revenge. If your ex is terminated from their employment because you posted illicit photos of them, they may also have a claim for loss of income. And, if the photos make it impossible for your ex to find a comparable job or destroys their career, your ex may also be able to claim loss of earning capacity. In most states, posting inappropriate photos of another person, without their consent, is a sex crime. Many states have penalties that include hefty fines and jail time for posting the photos—and those are just the criminal punishments. As previously mentioned, your ex may be entitled to compensation in a civil suit for loss of earning capacity, loss of income, and intentional infliction of emotional distress if you publish their intimate photos without their permission.

You Don’t Need to Be Cruel

Though you aren’t legally obligated to stay in an unhappy relationship, you can’t take intentional actions to emotionally torment your ex. If you know, or reasonably should know, that your actions are going to cause emotional disturbances to a vulnerable person, you should refrain from behaving in an excessive way. You do not need to be cruel in breaking up with your significant other, you can simply tell them in a kind way that it’s time to move on. If you’re nice about the break up, it’ll be pretty hard for them to claim you intentionally inflicted emotional distress on them.